The Chinatown Working Group(CWG) Rezoning Plan has gained wide support in the LES and Chinatown community and beyond. If passed, the plan will put height limits on new developments. It will stop luxury waterfront skyscrapers, like Extell and JDS. It will prevent the sale of public housing and require any housing on NYCHA land to be 100% low-income. It will protect residents and small businesses against displacement.
Mayor de Blasio has been colluding with big developers to slice up the plan. The city was proposing to rezone a part of Chinatown and exclude the Lower East Side, leaving the majority Latino and African American residents in NYCHA and waterfront buildings unprotected. Mayor de Blasio is pitting Chinese against Latinos and African Americans, helping the developers to displace us all!
Our community–Chinese, Latino and African American–held a large demonstration at City Hall in October against discriminatory zoning policies. The protest successfully pushed the City to scrap their Chinatown-only plan. This is a great example of people power! Now we need to make sure that the City pass the full CWG Rezoning Plan immediately, and we will keep coming back to City Hall each month until they do!
In the wake of the national election, Mayor de Blasio is trying to repair his tattered image as a Mayor for the 1%, vowing to protect the people of color being targeted by Donald Trump. But the Mayor himself has been targeting low-income, people of color communities across the City such as East Harlem, Inwood/Washington Heights, East New York and the South Bronx for luxury development. These communities are also rising up against displacement and joining us. We cannot stand by a mayor who claims to be for the people yet pushes racist policies in our community.

Join us at City Hall and demand: 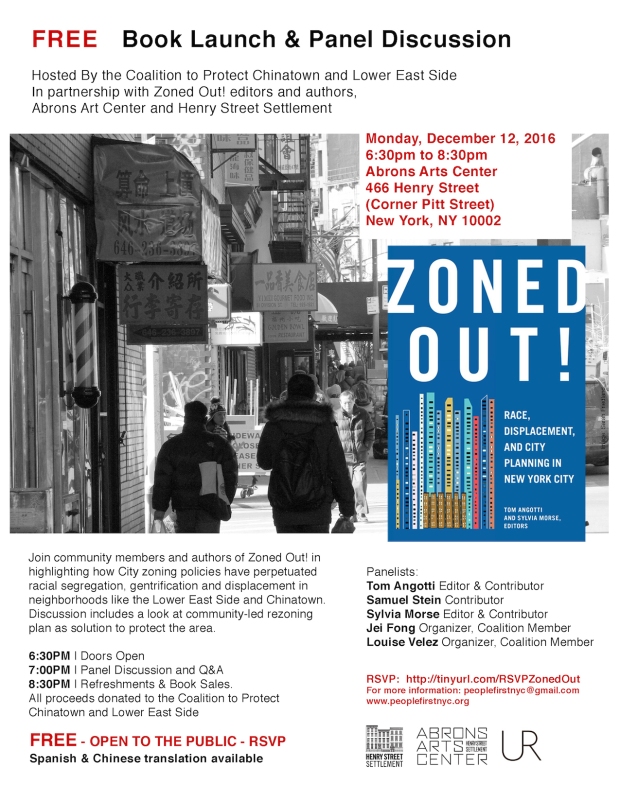