April 22, 2016April 22, 2016
Following last week’s protest of three hundred Chinatown and Lower East Side residents, workers and supporters, the 83 & 85 Bowery tenants have made a breakthrough in holding their landlord Joseph Betesh accountable for allowing the buildings to fall into disrepair. 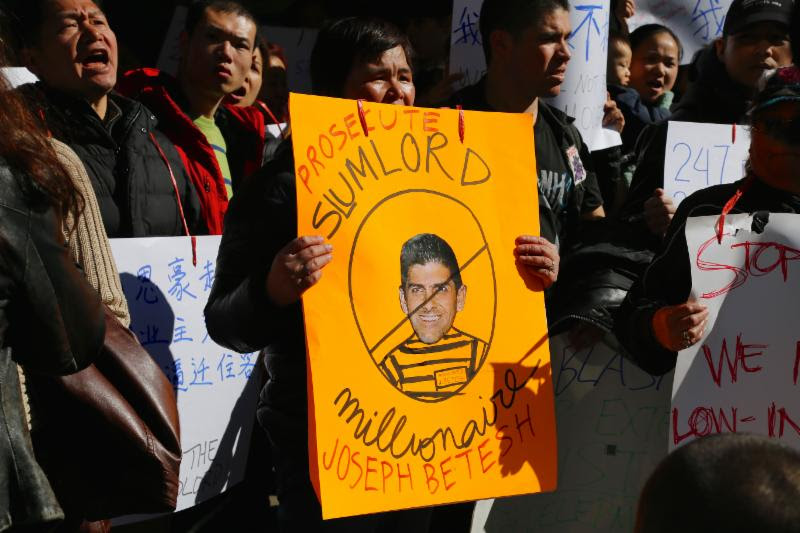 Yesterday, a housing court
judge ordered the 83 & 85 Bowery landlord to repair major violations including a sloping staircase and sloping floors within 60 days. If the repairs are not
done, the landlord could face arrest and jail time. 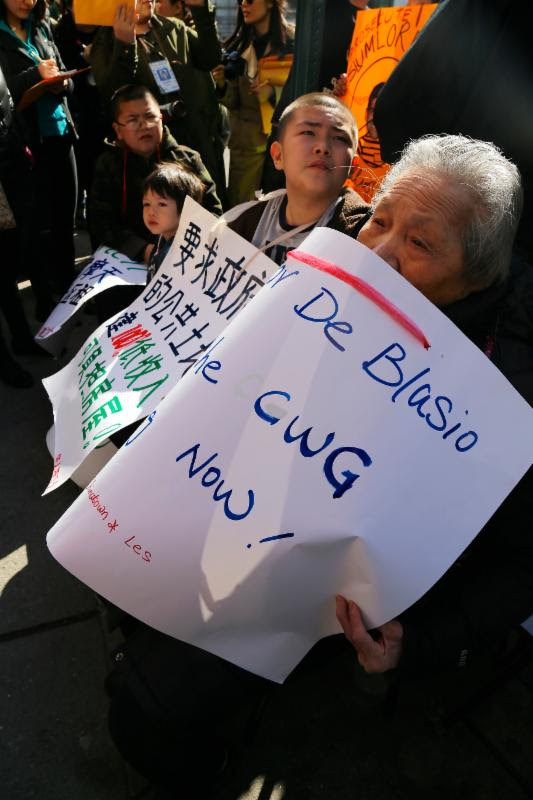 Since Mayor de Blasio took office, he has followed in the footsteps of the Bloomberg administration, insisting our community’s demand for a rezoning plan is “too ambitious.” Instead, he has pushed through a broad-sweeping citywide zoning that will further protect neighborhoods like the East Village, while leaving ourmajority Asian and Latino community a real estate prairie, as described by the New York Times. As long as we do not have the same protections, our community will face thousands more evictions. Enough is enough, we will not stand for being treated as second-class citizens!
We are encouraged by the progress with 83 & 85 Bowery, as we continue to fight for equal treatment for our neighborhood, starting with adoption of the Chinatown Working Group rezoning plan.